Circular economy: origins of the concept 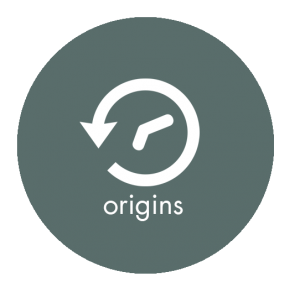 The closed earth of the future requires economic principles which are somewhat different from those of the open earth of the past.`{`...`}` I am tempted to call the open economy the ``cowboy economy,`` the cowboy being symbolic of the illimitable plains and also associated with reckless, exploitative, romantic, and violent behaviour, which is characteristic of open societies (Boulding, 1966)

If the concept of circular economy is high on the agenda today, it is far from being a recent phenomenon. Take for instance, the exchange between firms in which by-products of one industry become the valuable inputs. If this approach focusing on waste reutilisation is a strong feature of the circular economy, these types of inter-firm exchanges are far from being new.  Historical evidence shows that industries have long been exploring different ways of turning residuals into resources and thus experimenting with a circular economy.

Long before the emergence of circular economy as a new buzz word for sustainability-oriented companies, documents and texts were published containing detailed illustrations of by-product reuse in different industries (Desrochers, 2001). Examples include “Waste Products and Undeveloped Substances: Or, Hints for Enterprise in Neglected Fields”, in which a British journalist, Peter Lund Simmonds, describes a common practice taking place in mid-19th century: “in every manufacturing process there is more or less waste of the raw material, which it is the province of others following after the original manufacturer to collect and utilize. This is done now, more or less, in almost every manufacture, but especially in the principal ones of the [United Kingdom]—cotton, wool, silk, leather, and iron” (Simmonds 1862 cited in Desrochers, 2001).  Following the First World War, similar practises are also documented in Germany. Frederick Talbot wrote that “the German, when he encounters a waste, does not throw it away or allow it to remain an incubus. Saturated with the principle that the residue from one process merely represents so much raw material for another line of endeavour, he at once sets to work to attempt to discover some use for refuse” (Talbot, 1920, cited in Desrochers, 2001).

What were the motives for this early closed-loop strategies? As Peter Lund Simmonds wrote in 1876, competitive pressures continually forced manufacturers to identify new ways of creating wealth out of everything that came through their hand, which typically led to the conversion of “useless products into those possessed of commercial value” (Simmonds 1876 cited in Desrochers, 2001). In doing so, manufacturers could reduce disposal costs and earn new revenues, both activities benefiting their bottom line. In the Capital (Marx, 1867), Karl Marx also acknowledged that turning waste products into something valuable reduced the cost of the raw material to the extent to which it is again saleable and that these savings increased profitability. Marx even went so far as to say that after economies of scale, waste recovery was the second big source of economy in industrial production.

If manufacturers have long understood the motives to use resources smartly, their main motivation was not driven by an increasing awareness on resources depletion. Until the sixties, environmental problems were largely disregarded in social decision making as well as in economy theories (Van den Bergh, 1995). The need to shift to closed-loop systems based on environmental considerations was described several decades later, from the 1960s.

In 1966, US economist Kenneth Boulding called for a shift away from the expansionist “cowboy economy”, where endless frontiers imply no limits on resource consumption or waste disposal, to “a spaceship economy”, where everything is engineered to be constantly recycled: “The closed earth of the future requires economic principles which are somewhat different from those of the open earth of the past.[…] I am tempted to call the open economy the “cowboy economy,” the cowboy being symbolic of the illimitable plains and also associated with reckless, exploitative, romantic, and violent behaviour, which is characteristic of open societies (Boulding, 1966). Boulding describes a possible alternative paradigm, a closed economy that might also be called a “spaceman” economy. In this approach, earth is perceived as a single spaceship with no unlimited resources, in which man has no alternative but reconnect with cyclical ecological system that only can provide materials to be reused continuously. In the “spaceman” economy, states Boulding, throughput is regarded as something to be minimized rather than maximized.  Boulding departs from a measure of success based on levels of production and consumption and advocates for a measure based on the nature, quality and of the total capital stock, including state of human bodies and minds.

15 years later, the circular economy concept starts being used. In the early 80s, Stahel and Reday (1981) are appointed by the Commission of the European Communities (today the European Commission) to study ‘the potential for substitution manpower for energy. The report, published in 1981 under the title “Jobs for Tomorrow, the potential for substituting manpower for energy” analysed cars and buildings from a micro and macroeconomic perspective.  Results showed that every product-life extension, in comparison with manufacturing, constitutes a substitution of manpower for energy. It concluded that a circular economy, as opposed to manufacturing new goods, would create jobs locally and reduce resource consumption, greenhouse gases emissions and waste.  In the report, the benefits of reconditioning activities are highlighted as they would require the use of skilled and experienced craftsmen that could be working in small decentralized workshops placed wherever the goods need to be repaired, thus also solving unemployment issues. Thirty years later, the conclusions of the Swiss researcher, now recognized as one of the father of the circular economy concept, remain more than valid.