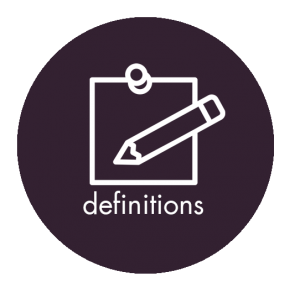 A circular economy is a transformative economy redefining production and consumption patterns, inspired by ecosystems principles and restorative by design, which increases resilience, eliminates waste and creates shared value through an enhanced circulation of material and immaterial flows

As opposed to sustainable development, a concept generally addressed through the 1987 Brundtland definition, there is not yet a clearly accepted definition of circular economy. Since its appearance a few years back, various attempts have been made in the increasing number of consultancy reports and public policy publications to grasp and define the phenomenon. Each definition however highlights some of its underlying principles.

According to Ellen MacArthur foundation, an organisation established in September 2010 by Dame Ellen MacArthur with the aim of accelerating the transition to a regenerative circular economy, the idea is “to shift from a linear model of resource consumption that follows a ‘take- make- dispose’ pattern, to an industrial economy that is ‘restorative by intention’; i.e. that replaces the ‘end-of-life’ concept with restoration, shifts towards the use of renewable energy, eliminates the  use of toxic chemicals, which impair reuse, and aims for the elimination of waste through the superior design of materials, products, systems, and, within this, business models” (Ellen MacArthur Foundation, 2012).  The comprehensive definition highlights several aspects of what a circular economy could look like, with a specific focus on the materials and resources in one hand and the transformation of the whole economy towards a specific goal – regeneration- on the other hand. The section below provides an overview of the definitions from this dual approach.

A large number of authors define circular economy with a strong focus on how material resources are managed. According to Hislop and Hill (2011), “The circular economy represents a development strategy that maximises resource efficiency and minimises waste production, within the context of sustainable economic and social development”.  For Preston (2012) “A circular economy is an approach that would transform the function of resources in the economy. Waste from factories would become a valuable input to another process–and products could be repaired, reused or upgraded instead of thrown away.”  If waste and resources are central aspects of the concept, the definitions aim at clarifying that circular economy goes beyond conventional waste management principles. “A circular economy goes beyond the pursuit of waste prevention and waste reduction to inspire technological, organisational, and social innovation throughout the value chain  in order to ‘design -out’ waste from the beginning, rather than relying solely on waste recycling at the end of the chain” (Ellen MacArthur Foundation, 2013).  The notion of material flows can be found in several definitions. For the world resource forum (WRF, 2012): “the concept “circular economy” describes an industrial economy in which material flows keep circulating at a high rate (in terms of quality, property, function, range of use) without the materials entering the biosphere, unless they are biological nutrients”. In this definition, the distinction between the types of flows (technological or biological) is significant. According to Aldersgate (2012) “A circular economy is a restorative industrial economy in which materials flows are of two types: biological nutrients, designed to re-enter the biosphere safely, and technical nutrients (non-biological materials), which are designed to circulate at high quality, with their economic value preserved or enhanced”.

Several authors have gone beyond the notions of resource management in the definition to focus on specific economic dimensions. There, the idea behind circular economy leads to rethink the whole purpose of economy and redesign it so that it achieves positive outcomes.  One central aspect in some definitions is the economic goal of value creation. For TNO (2013), “A circular economy is an economic and industrial system based on the reuse of products and raw materials, and the restorative capacity of natural resources. It attempts to minimize value destruction in the overall system and to maximize value creation in each link in the system”. The Dutch House of Representatives (2013) goes further and extends the notion of value creation not only for the economy but for people and the environment as well:  “A circular economy is an economic system that takes the reusability of products and materials and the conservation of natural resources as starting point. It also strives for value creation for people, nature and the economy in each part of the system”.  In the Netherlands, OPAi & MVO Nederland (2014) introduced the notion of resilience in the definition: “A circular economy is an industrial economy, which has resilience as intention and replaces usage by using. The circular economy is based on closing loops and (where possible, infinitely) extending cycles.”  Beyond the concept of resilience, notions of transformation and redesign are also inherent. The European commission (EC, 2014), which took an active role in promoting the concept under the term of Commissioner Janez Potočnik, defines the concept as “a development strategy that enables economic growth while optimising consumption of resources, deeply transforms production chains and consumption patterns, and redesigns industrial systems at the system level.”

The review clearly pinpoints the variety of aspects surrounding the concept. The analysis shows that current definitions offer a variety of interpretations, whether resource-oriented (waste reduction, renewable energy) or economic-oriented (transformative, regenerative economy, value creation). If some definitions go further in linking circularity with a whole new approach to define economy, the core notions of the definitions exclusively focus on the “circularity” of resources and materials, leaving more room for interpretation as to how this new “restorative” economy operates.

At circular academy, we address the concept of circular economy based on the following definition: “A circular economy is a transformative economy redefining production and consumption patterns, inspired by ecosystems principles and restorative by design, which increases resilience, eliminates waste and creates shared value through an enhanced circulation of material and immaterial flows”.