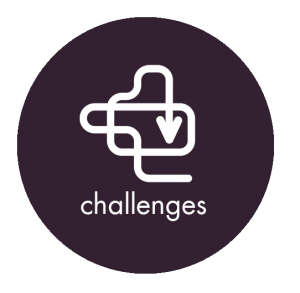 How can we bridge the circularity gap?

Despite its growing popularity amongst, politicians, businesses and academics, the concept of circular economy and its underlying principles are not without critics and challenges. The following section summarizes the main arguments of its detractors and details challenges faced by the concept: its achievability and desirability, its weakness to include the social dimension, its lack of strategic guidelines and standardisation.

Is a circular economy 100% achievable? One challenge faced by the circular economy framework is related to the achievability of the concept. At the core of the framework, is the idea of designing out waste. If in certain sectors, such as manufactured goods, the vision can be globally implemented and materials be used longer, reused, before being dismantled and remanufactured, in other sectors however, existing limits might make it difficult to close the loop indefinitely: paper recycling is for instance limited to a certain number of cycles. Specific hazardous waste, such as mercury or asbestos might also reach a dead end as they cannot be recycled but must be contained off the cycle. As the second law of thermodynamics states, “all spontaneous processes irreversibly disperse energy (and as a consequence, matter) into ever more chaotic states”, resulting in loss of quality and quantity of substances and making a complete closure of loops hardly achievable (Robèrt et al. 2010 cited in Bechtel, 2013). In today’s recycling processes impurities of used materials can only be removed to a certain extent. These limitations have well been perceived by legislators: the European Commission for instance, in its first attempt to frame a Circular Economy directive, set  long term recycling objectives up to 70%, the remaining 30% beings considered as non-recyclable materials.

Beyond the question of achievability is the notion of desirability for businesses. In the current situation, trying to reach a 100% recyclability rate might prove counterproductive, if for instance, the price of recovery remains higher than the value of the materials recovered.  Lack of incentives in the existing regulatory landscape does not necessarily make it desirable for all to pursue a circular economy objective.

The certain pursuit of circular economy objectives, i.e. using 100% renewable energy, may also be in contradiction with other principles related to resource efficiency. Using today’s technologies – the expansion of solar energy for instance uses more scarce resources. “Without effective usage of produced energy, [it] might also further increase the resource scarcity“(Bjørn and Hauschild, 2011).

Social sustainability, the missing element in the circle?

Strongly rooted in environmental sustainability, the circular economy framework lacks an elaborated description of the social dimension of sustainability (e.g. the fulfilment of human needs, territorial implications).  Its principles are primarily formulated from a business point of view that strive equally for environmental and economic benefits. Social benefits are often lacking. Stahel has shown that additional manufacturing processes in a Circular Economy – e.g. refurbishing or recycling – demand more human labour, as these processes cannot often be standardized. If this can create employment opportunities (EMF, 2013) it is not sure that the jobs are created locally – a centralized recycling facility based on the other side of the world might also be the outcome of a circular economy strategy, lacking the potential of local job creation. Moreover, people’s basic needs at a global level may still be further undermined by abuses of power, unhealthy or unfair labour and living conditions or a disrespect of human rights. As such, the circular economy framework does not necessarily fulfil all the dimensions of sustainability.

Lack of strategic guidelines and standardisation

Currently, the circular economy framework does not provide specific criteria to support the selection of actions nor specific guidelines on how to implement the concept. As the implementation of circular economy varies significantly for different products and markets, the need for individualized or sectoral approaches makes it difficult to provide general guidelines (EMF, 2013).  Moreover, engaging in a circular economy strategy may bring in difficult trade-offs. When selecting materials in a production process, circular economy principles might exclude not fully recyclable materials. However, the environmental benefits of certain materials (e.g. lightweight components, less corrosive materials) could outweigh the disadvantage of non-recyclability (Schmidt et al. 2004). On the same line of critics, despite the recent publication of measurement tools to assess the circularity of one organisation (EMF, 2014), there is not yet any international recognized standardisation with regards to circularity performance (in the form of an ISO, for instance). Circular academy, with its transition toolbox, helps to facilitate the transition of companies on their journey towards a circular economy. It will however require the collaboration of all sorts of stakeholders to succesfully reshape today’s economy.

Despite all these challenges, the principles carried out by the circular economy offer lots of promises. First, it allows to reconcile environmental stewardship with business concerns, stating that value creation can still be achieved within strong planetary boundaries. While being inspired by nature principles, the advocates of circular economy have achieved to materialize the benefits of the circular economy into clear business opportunities (Lacy, 2014), making it much more attractive than the concept of sustainable development, a notion often criticized for  lacking balance between environmental and economic objectives. As the notion still bears weaknesses, it makes it worth studying from an academic perspective as well as in practical terms,  in order to understand how at the practical level, the notions and principles of circular economy can effectively be implemented in current business practises.